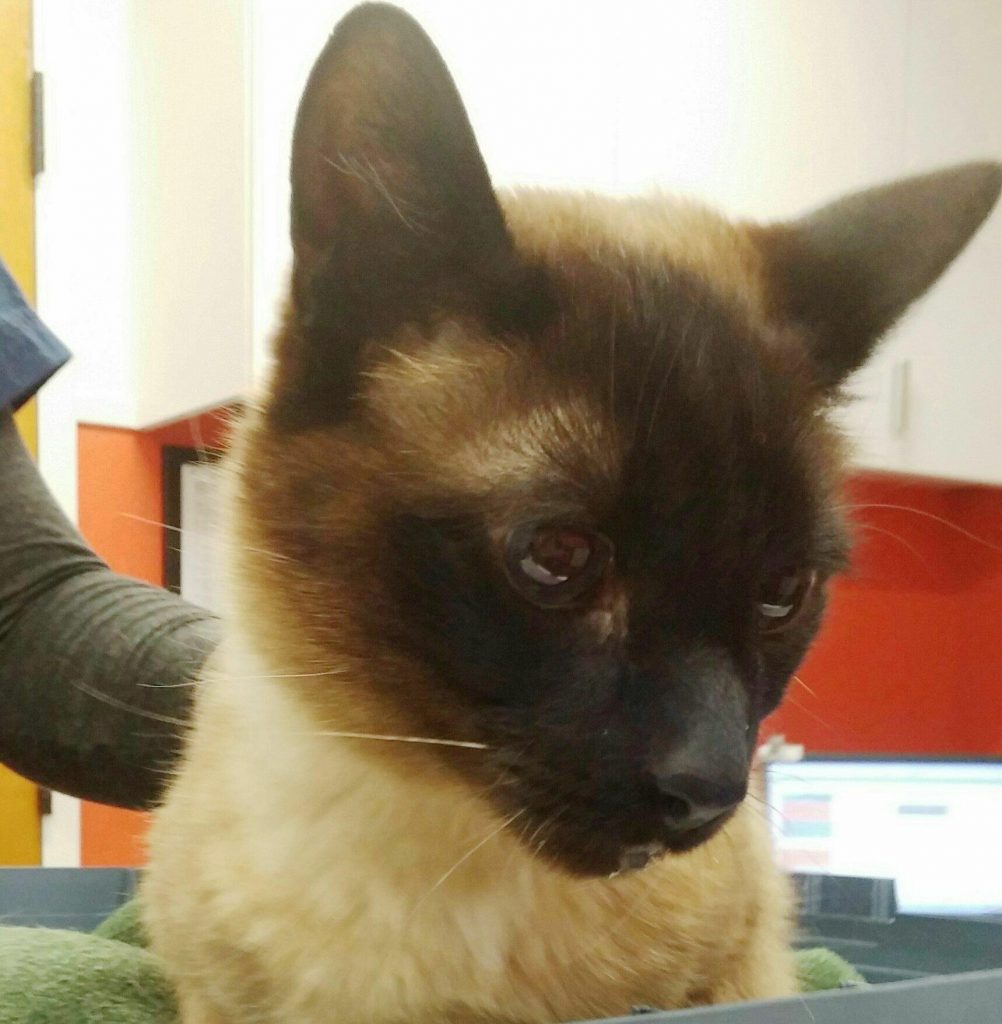 He had other things going for him. He was smart, empathetic, and more spirited than was good for him. In other words, he was a handful.

But he was our handful. He came into our lives as a tiny kitten living in an auto repair shop in the International District. He was around 8 weeks old and hanging out with pit bulls. He was lousy with fleas. We fell in love with him immediately.

We knew right away he was something special. He was adept at hijacking food from the dinner table. He learned tricks easily. He was intense and bonded with us right away. He understood his people.

It was a 2-way street of respect. As a member of the family, Lou more than pulled his weight. If anyone was sick, he was glued to their side. His piercing blue eyes keeping watch. He absolutely guarded his people.

On the flipside, he could be a real menace to visitors. People don’t really take “don’t pet the cat” seriously. In this case, that was a huge mistake. Lou would cut a bitch in a second. He didn’t put up with anyone taking liberties with him.

It only made us love him more.

Lou took better care of me than I ever could’ve taken care of him. I miss him terribly. I look back on the years we had together and I know I got the better deal. Would I do it again? Without hesitation. That Siamese boy made my life immeasurably richer. I hope I did the same for him.”