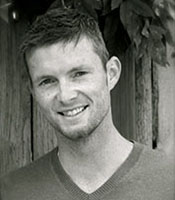 
Kevin came on board as Practice Manager with more than 15 years of industry experience to utilize in opening Jet City Animal Clinic. With a spectrum of skillsets, he has most recently been engaged as a business consultant and relief technician for veterinary hospitals in the greater Seattle area. He has also attained his CVPM (Certified Veterinary Practice Manager) credential.

Beyond overseeing operations at Jet City, Kevin manages two other hospitals in King County, consults within the veterinary industry, teaches sculpt fitness classes at CorePower Yoga studios in Seattle, and serves on the Board of Directors for several livestock and youth organizations in Seattle and the broader, Pacific Northwest region.  Kevin grew up raising and showing livestock in California — he continues to stay active in 4-H as the Seattle Poultry Project Leader for this youth organization and also serves as a Fairs Commissioner for the Washington State Department of Agriculture.

Kevin grew up in Southern California. He attended Mt San Antonio College and Cal Poly-San Luis Obispo, and currently lives in the Beacon Hill neighborhood of Seattle with his partner Matt, cat named Monkey, and chickens who answer to the call of The Ladies. He transplanted to the Pacific Northwest in late 2008, after having spent some time abroad working in Europe and living in Atlanta for a brief stint. He enjoys the outdoors and travel, design and horticulture, and a variety of city activities. He welcomes you to swing by Jet City; Capitol Hill’s friendliest veterinary care provider!